I am Stefano D'Angelo, a freelance music DSP researcher and engineer based in Agropoli, Italy.

Companies around the world hire me to create digital audio synthesis and effect algorithms that let them technically dominate the market.

My expertise and commitment to scientific research allow me to employ solid methods yielding repeatable results and improve them when needed.

Since my early childhood I have a passion for music and technology and that still motivates me today.

I have contributed to the development and maintenance of dozens of best-selling synthesizers and guitar effects.

While virtual analog circuit models are my main area of expertise, I do feel comfortable dealing with all sorts of music DSP, including bandlimited oscillators, wavetable and granular synthesis, FIR and IIR filters, delay-based and modulation effects, dynamic processors, distortions, and waveshapers.

Here are some of the companies I work with and products I helped create.

I have been employed at Arturia from April 2015 to December 2017 and our collaboration is still ongoing.

They have been creating software synthesizers since early 2000s, and indeed today they offer an extremely comprehensive and renowned collection of virtual instruments. Also, the company recently entered the software effects market with faithful recreations of classic devices.

These are the most important products I have worked on for Arturia.

I first visited Neural DSP's offices in Helsinki in January 2018 and shortly after we started an intense collaboration.

I believe they have the finest guitar/bass amp and pedal emulations on the market and I am proud to have contributed to their development.

Here's how I helped.

Darkglass makes some of the most innovative and exquisitely high quality bass gear available as of today.

We knew each other since 2018 and we started working together in 2020.

I first met the guys in late 2017 and started to cooperate with them a few weeks later.

Elk (formerly known as MIND Music Labs) is the startup behind the Aloha service for real-time remote music creation and performance, the Elk Audio OS, which is the first ultra-low latency Linux-based OS in the world, and the SENSUS Smart Guitar.

I am involved in scientific activities since the beginning of my doctoral studies in 2011. Today I cooperate with several universities and publish new results as an independent researcher.

This allowed me to acquire deep and extensive knowledge in the field, which I use to continuously refine my work methods. Also, it forces me to stay up-to-date with the latest developments and to keep an open mind for innovation.

Here is a full list of my scientific publications with related extras. 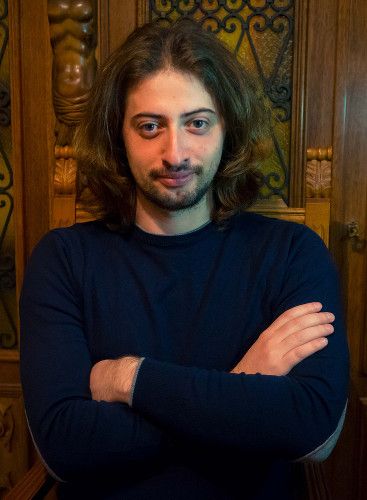 I was born in 1987 and have always been interested in computers and music. I studied classical piano as child, electric bass in my high school years, and electronic music production in 2018. I played hundreds of gigs.

In 2008 and 2010 I got B.Sc. and M.Sc. degrees in computer engineering from Politecnico di Torino, Turin, Italy. In the meanwhile I got involved in free/open source music software projects, started one of my own called NASPRO, and participated to two editions of the Google Summer of Code program as a mentor. Also, in 2008 I was an intern at Digitec, an electronic engineering company, developing embedded software, and in 2010/2011 I worked at ISMB, a research institute, on a big EU-funded project.

Then I started my doctoral studies, which led to me getting the D.Sc. (Tech.) degree in signal processing and acoustics from the Aalto University, Espoo, Finland, in 2014.

From April 2015 to December 2017 I have been leading DSP research and development at Arturia in Grenoble, France.

Since March 2018 I work as a freelancer from Italy. I am today: